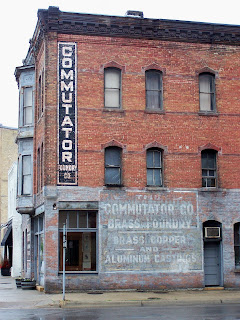 This might be my favorite. The combination of the clarity of the signs and the period authenticity of the building compels you to wonder about its history. There are signs on at least three sides (I guess there's actually a fourth one I missed) and the building is the subject of quite a few pics on the interwebs. The historical society has two shots, one of which is clearly dated to 1936. 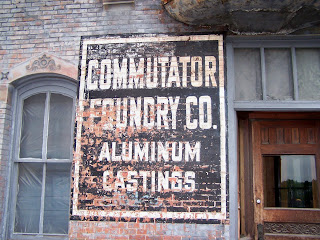 I've not found a ton on the company behind the signs, but here is an interesting article from the Downtown Journal (via Writing on the Wall) from 2004. It's primarily about the building's then (and current?) owner, who at the time promised to preserve the building without renovation for some time. It looks like he's kept that promise. I was surprised, though, at the implication that the foundry apparently was in operation until 1979, when the gentleman in the profile purchased the building.
Apparently a commutator is a type of switch for certain types of motors. It's also a mathematical term (that I don't understand). I'll leave it to you to decide which inspired the name. I'll also leave you with one last shot: 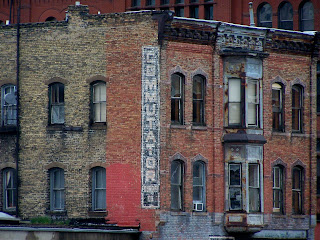