In the Saddle Again 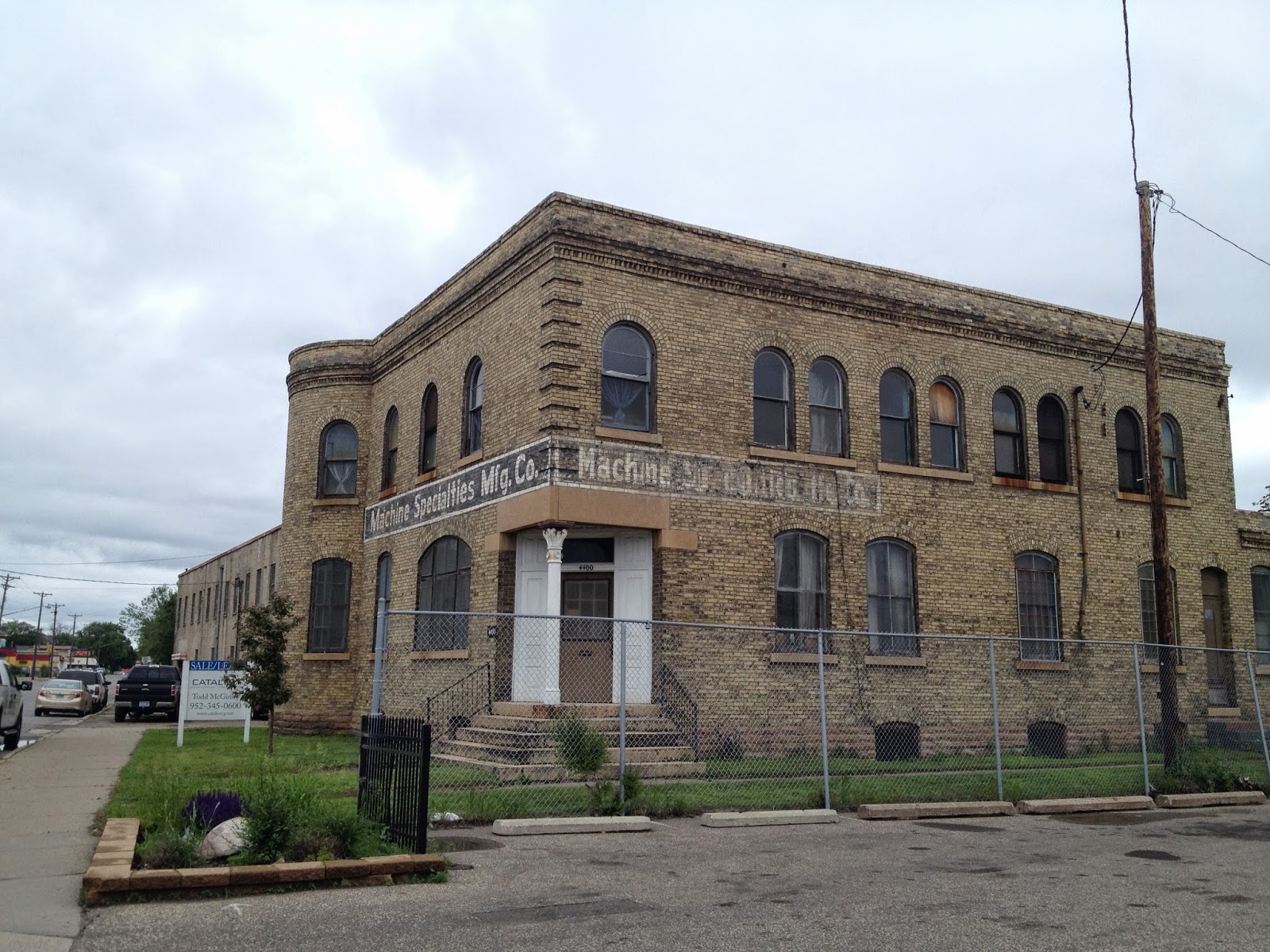 I'm back! It's been rather a long time since I've had a new ghost sign post, primarily because I've largely run out of interesting signs that inspired me to dust off the old laptop and throw up a post. But Andy Sturdevant's Stroll of the week (always good inspiration for new places to explore in the Twin Cities), led me to some new material. I hopped on my bike and started pedaling up North Lyndale.

Okay, so it's not the greatest place to bike in the world. There was nary a bike lane, traffic was relatively swift moving and it turns out that it's pretty much up hill the whole way too. But at least traffic going north was relatively light, so I wasn't left fearing for my life.

More importantly, it led me to a spur of old railroad tracks that I hadn't inspected before. These places are always good for a ghost sign or two, and this one didn't disappoint. Okay, so it didn't really take much inspecting to come across the building shown above, which is pretty prominently on Lyndale right near North 44th Ave.

As you may be able to tell from the realty sign in the front yard (partially obscured by a small tree), the place seems to have been made available for reuse, so I don't think the Machine Specialties Manufacturing Company is still in operation at this location. Nonetheless, it has a Google place page for some reason, so maybe it was operating here not that long ago? Or maybe someone created the page because there's such a prominent sign?

I didn't think I'd learn much by searching for such a generic name, so I went in search of the realty listing to see if maybe they knew something about the history of this building. Apparently history is not a big selling point when you're trying to move tens of thousands of square feet of industrial space, but this offering document (pdf) does contain some interior pictures of the office space. They are both interesting in the sense that now you know what it looks like on the inside and uninteresting in the sense that they aren't very interesting at all. If you know what I mean.

But that document does give us a clue in that we now know that the property's seller is Zimmerschied, Inc., which leads us to its president, John Zimmerschied, telling the Business Journal back in 2004 that high steel prices and foreign competition were driving his small machine shop out of business. Apparently they made parts for equipment that is used to unload grain barges.