Foreign Lands: At Least They Didn't Trade Santana For It 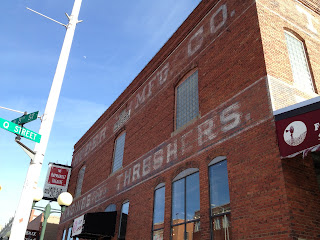 I was in Lincoln, Nebraska last week, and it turns out they have a nice little "warehouse" area near the railroad tracks.  I got a few pictures while I was there, but (girlfriend's) familial duties kept me from doing a thorough survey. Don't tell my girlfriend (who probably isn't reading this), but I'll probably be back and hope to grab more pictures.

Anyway, here we have the Humber Manufacturing Co., which according to the side of the building seems to have made "engines" and  "threshers."  Unfortunately, I'm not get a lot of other evidence from Google, so maybe we'll just stick close to these cool pictures: 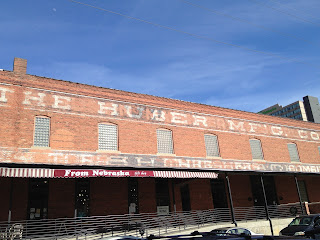