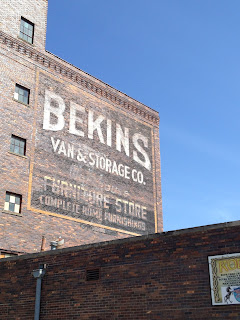 I spent a recent Friday morning wandering around the older-looking parts of Sioux City, Iowa, in oppressive heat, and, surprise, I found more than a few ghost signs.  As it turned out, however, an overwhelming majority of them, on multiple buildings, were from a single company.  So, rather than risk turning this place into Ghost Signs of a Single Company of Sioux City, I'm going to bundle all the signs for them in a single post.  Prepare yourselves, people, as this is going to be a longer post (at least in terms of number of pictures).  I may even try to add a new trick to my magic blogging bag too.

I judged the picture up top there as the best of them, so, let's all take a moment to enjoy its beauty and clarity.  We don't get a good sign like this every day, Richard (okay, family inside joke there, if you don't get it, my apologies).  You probably have, however, heard of Bekins and seen their big green logo on a side of the truck.  But unless you're some sort of van lines fanboy or something (which probably is a thing), I bet you didn't know that Bekins was founded right here in River Ci... er.. Sioux City back in 1891 by brothers Martin and John Bekins.

The sign up top, and the next few below, are from a building wrapped in them just to the west of downtown at 4th St. and Wesley Parkway.  The one up top faces south and should be visible as you travel up Wesley.  This one's on the back, facing up the hill: 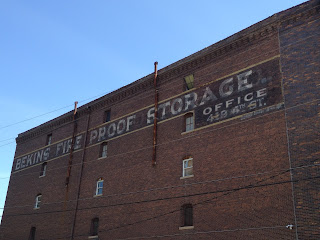 Once again, we're reminded how the fireproof thing seemed to be a point of advertising distinction back in the day.  There must have been fire everywhere.  If it was still there, we could have stopped in at the office at 419 4th St. to inquire, but alas, that's a Hom Furniture store now.

And with that, before this post gets so long as to take over the entire front page, let's try for some of that blogging magic.  Follow me after the jump, assuming I can figure out how to add one, pretty please.

Well, if you're reading this, I must have figure out the jump (turns out there's a handy button supplied by the good folks at Blogger), and you must have followed along.  That's very kind of you.

So, let's make quick work of the rest of this building so we can move on.  As the top picture says, it looks like Bekins also sold furniture here.  My guess is that this one means someone continued to do that after Bekins moved on: 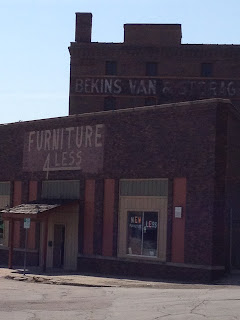 And for my next trick, I'm going to try to make these two picture appear side by side, as that's how you'd see them from the street: 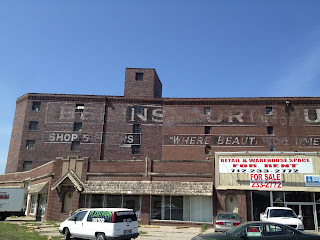 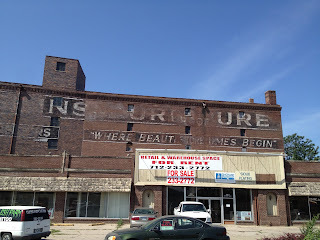 Okay, so that trick didn't work, and it took multiple tries to get them just to display in the order you see, so I'm giving up.  At least you now know where beautiful homes begin.

Moving on.  Let's go across town 3rd & the railroad tracks: 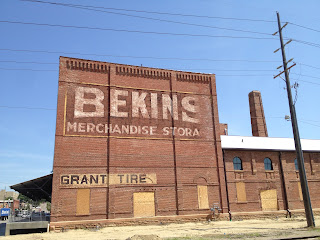 Hey, surprise! It's another sign for Bekins.  But this time, they're doing something totally different.  Whereas across town they moved and sold furniture (hm... I wonder if there was some sort of conflict of interest there), over this side of town they store merchandise.  How refreshing.

Apparently after they got done with the storing of merchandise, the good folks of Grant Tire came along (as previously documented on Flickr).  I'd really love to wade through the sea of tire company pages that Google turns up to find you some history on Grant Tire, but I'm quickly running out of steam.

So, the last one, from just up the street at 3rd & Court: 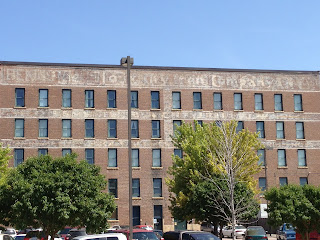 If it wasn't for its brethren, the questionable legibility of this one might have kept it off the blog, but why shouldn't I strive to be the definitive archive of Bekins signs in Sioux City?  The top of this one says, "Bekins Sioux City Company," but you're on your own trying to read the rest of it.