Florists And The Hendersons 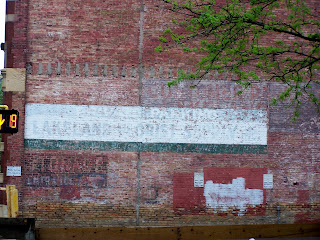 Here we have a pair of signs for florists, next to a small parking lot at 1 Ave. N and 3rd St. N. The colors and trade dress look similar (at least in their faded state), but one says "Lakeland Florist Supply Inc." and I think the other says, "Greenland Wholesale Florist" (could be Greenleaf too). Perhaps they were related. This must have been the parking lot for those businesses, but in looking around a bit, I didn't see much other evidence of anyone selling flowers.
A bit of Googling suggests that I am a poor reader, and that it is in fact, Greenleaf Wholesale Florist. The business was opened as a wholesale branch of a California flower grower in the late 1960s, but it seems they no longer have a Minneapolis location.
Lakeland Florist Supply, however, is still around, but seems to have moved to Edina. The historical society has a shot from 1974, which reminds me that I've seen the "Lakeland" sign on the front of the building but didn't manage to connect the dots. I'll have to go back and get a picture of that as well.
Writing On the Wall says these were painted over in gray, but I think he/she/they have their walls mixed up (they also give the wrong intersection). The signs are still there, but the businesses aren't. 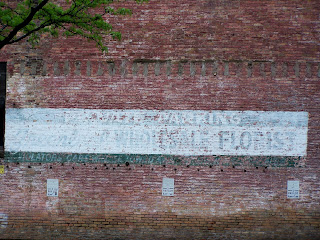